Summary: Under a strict timeline and a singular engineering objective to migrate off a costly 3rd party service, stakeholders were speaking past each other with contradictory statements or talking about customers in generalities. To deliver value to customers in the new Developer Portal, I grounded the project in real customer voices. 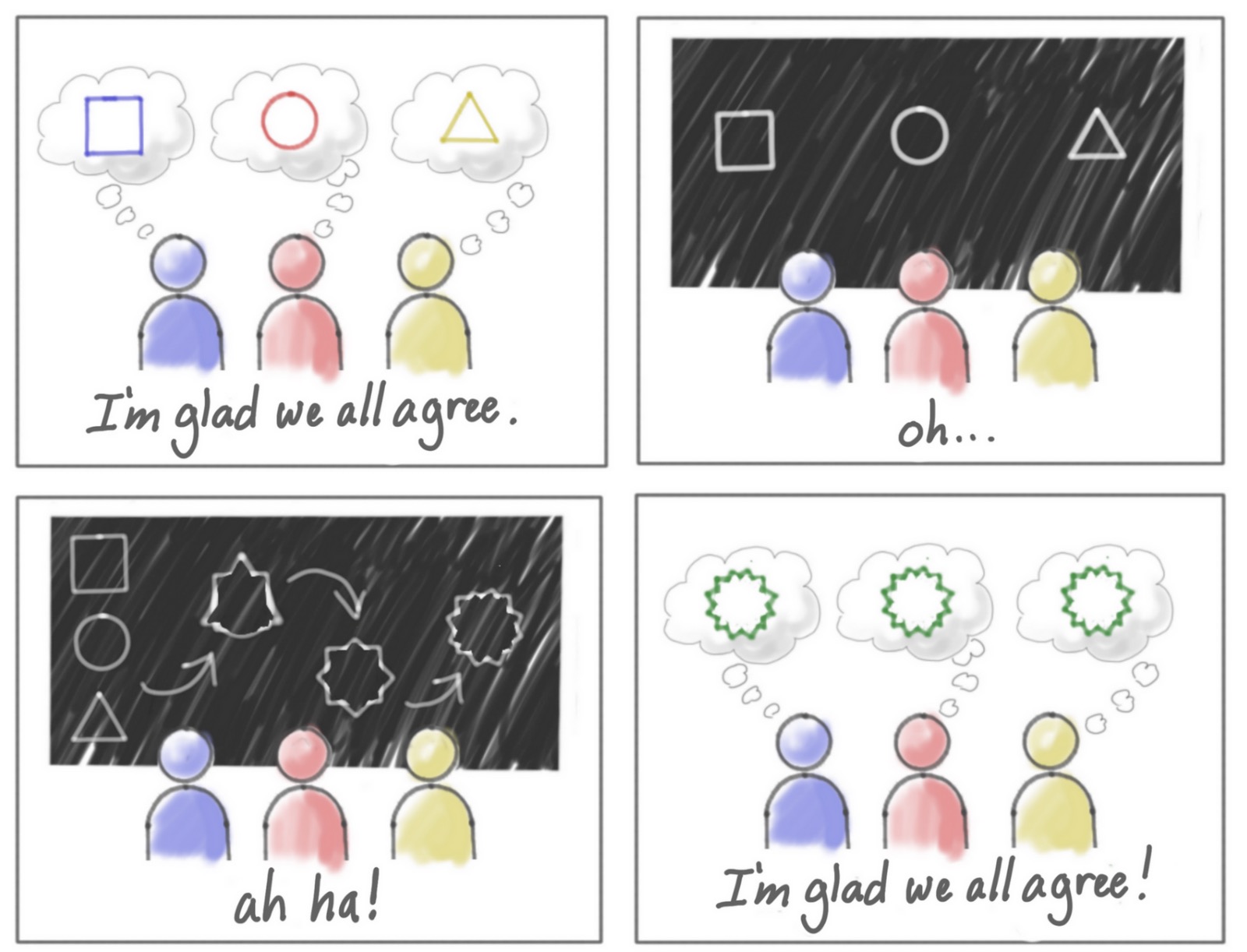 This is my favorite visual to articulate perceived, but not actual, alignment on a project's direction. Moving a team through the 2nd and the 3rd panels is the research phase. (Unfortunately, I do not know the attribution for this image or the original artist.)

To shift the conversation to user problems, I proposed a comprehensive research plan to learn about the motivations and needs of external developers. After selling stakeholders on needing research, I carried out all the following aspects of the plan:

Data analysis consisted of looking for themes that emerged from the voices across the conversations and records.

Leading research projects is an exercise in knowing when to skillfully allocate time and resources.

Exploration - Nov 2019
Interviews with current dev portal users and with developers of other sites
‍
Goal: Motivations and needs of current developers; what makes a good developer site

After analysis, the next step is to capitalize on the wealth of data collected and the team's emotions after listening directly to customer voices. In this project while presenting findings of the exploratory research, I paused to lead an alignment continuum exercise. Each stakeholder was asked to individually decide how they thought about the new GoTo developer site, to make visible their unstated differences of opinion. Clusters of responses led to establishing design principles; distributed responses led to further conversation. 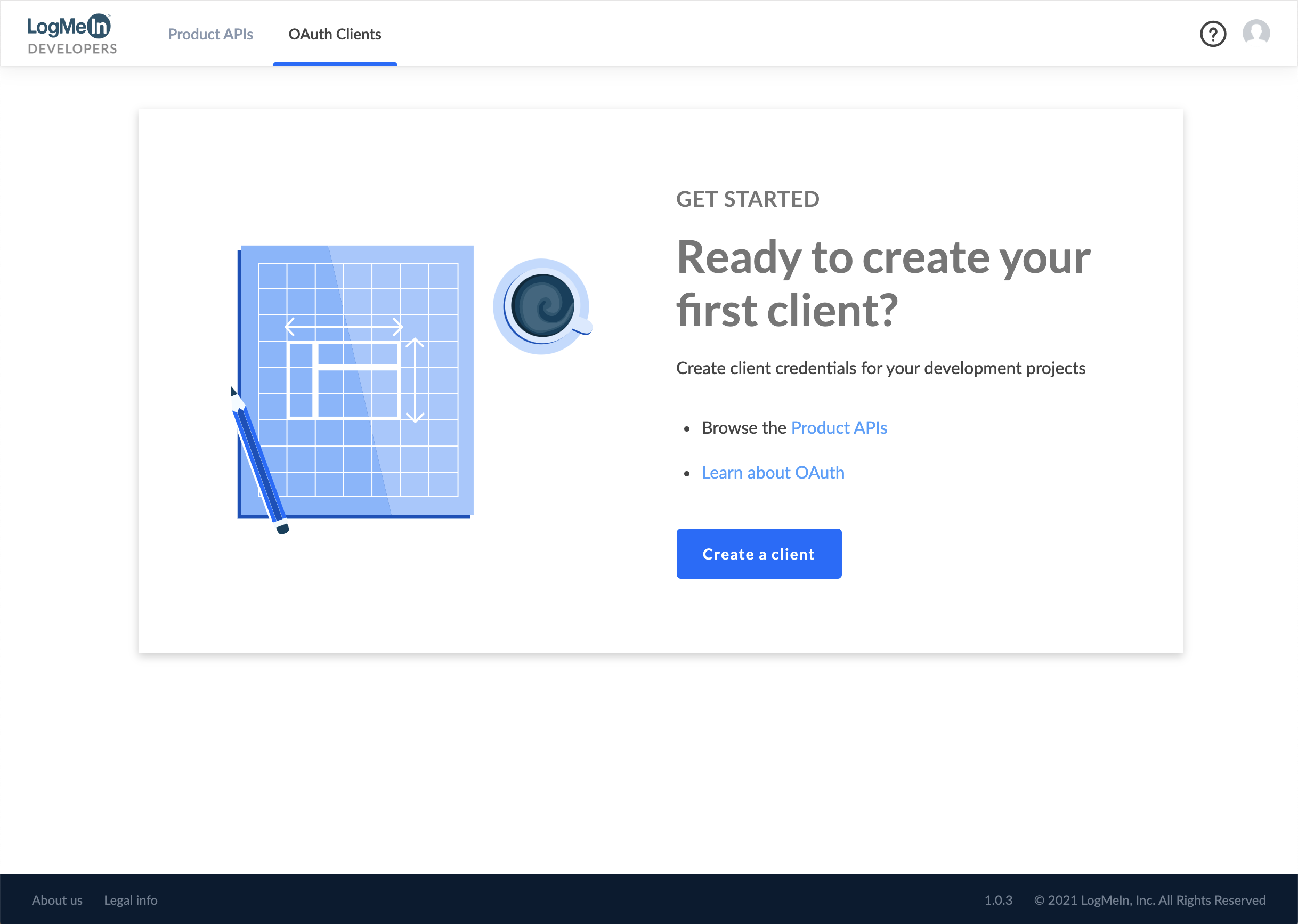 First time use of the the Client Management Portal. 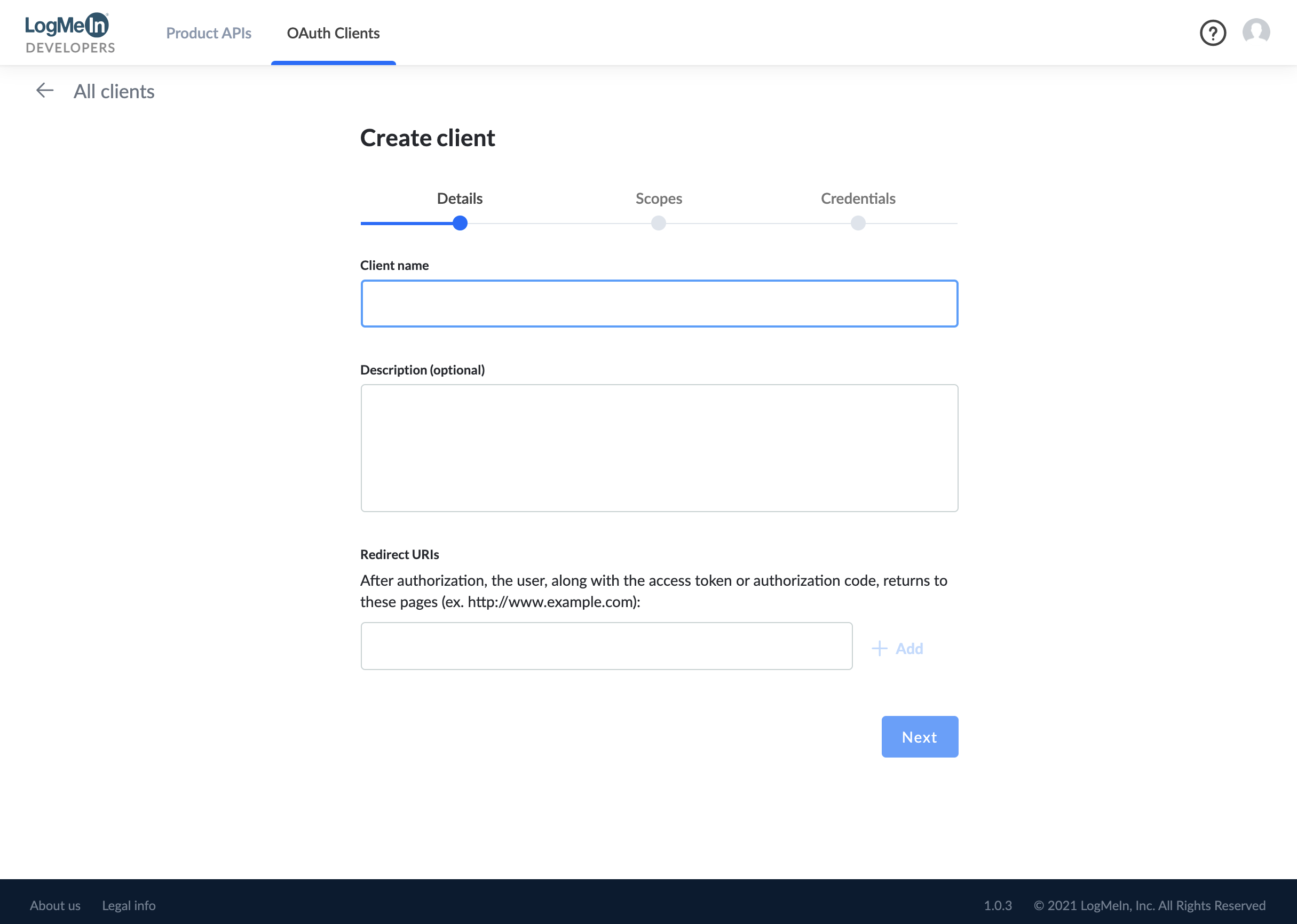 Creating a client allows 3rd party developers to test and bring to life their integration.
Next up: Sifting through design research